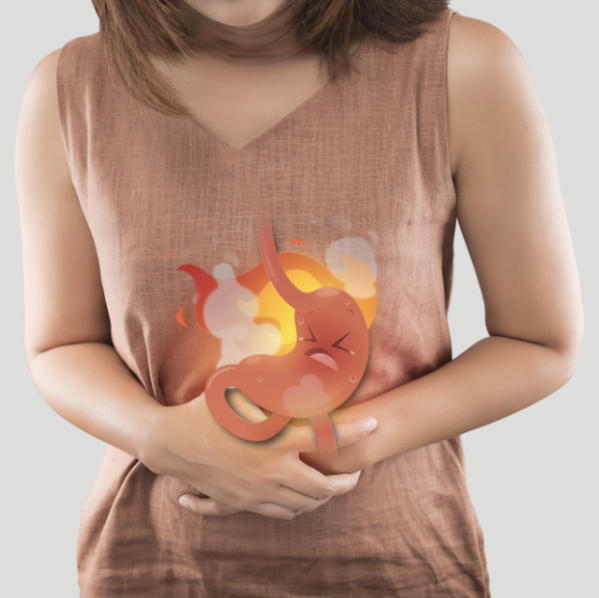 Acid reflux is a common condition that is characterized by a burning pain called heartburn in the lower chest. It occurs when stomach contents flow back to the esophagus. This process is also called acid regurgitation or gastroesophageal reflux.

Common symptoms of acid reflux are:

Symptoms are likely to be worse after eating, lying down, and bending over.

Lifestyle changes that can help treat acid reflux include:

When your stomach is full, it puts pressure on the lower esophageal sphincter (LES), which can cause acid to seep back up into your esophagus. One of the most important is to eat smaller meals. This gives your stomach a chance to digest food more slowly and prevents it from becoming overloaded. It's also important to avoid trigger foods, such as coffee, chocolate, and spicy dishes. Instead, focus on eating healthy, balanced meals that include plenty of fruits and vegetables.

One of the best things you can do is to avoid trigger foods. These are different for everyone, but common ones include fatty foods, spicy foods, citrus fruits, and caffeine.

Avoid lying down for 3 hours after eating
While this may not always be possible, it is important to try to be upright as much as possible in order to keep acid where it belongs - in the stomach. Lying down flat on your back immediately after eating allows gravity to do its job and keep the acids where

they need to be. So, next time you have a big meal, remember to take a walk or at least sit up for a few hours before hitting the hay!

Elevating the head of the bed
This gives your food time to digest and helps to prevent stomach acid from flowing back up into the esophagus. After you finish a meal, resist the urge to lie down and take a nap. Instead, take a walk or do some other activity that will help you stay upright and

reduce your risk of Acid Reflux.

There are a variety of over-the-counter (OTC) medications that can help treat acid reflux. Antacids are the most commonly used OTC medications for acid reflux. They work to neutralize stomach acids and provide relief from the symptoms of heartburn. H2 blockers, such as cimetidine (Tagamet) and ranitidine (Zantac), work to decrease the production of stomach acid. Proton pump inhibitors (PPIs), such as omeprazole (Prilosec) and lansoprazole (Prevacid), also work to reduce the amount of stomach acid. All of these medications are available without a prescription. If you are experiencing frequent or severe heartburn, you should speak with your doctor to determine the best course of treatment.

The Dangers of Pesticides: Acute and Chronic Health Effects

The Dangers of Pesticides: Acute and Chronic Health Effects

The Power of the Mind-Gut Connection

The Power of the Mind-Gut Connection

3 Ways to Keep Your Gut Healthy

3 Ways to Keep Your Gut Healthy